I’m going to venture a suggestion that flies in the face of over eight decades of Hollywood tradition:  Movie monsters are not fundamentally franchisable.

Did the sequels to Psycho or Silence of the Lambs inspire the sheer terror of the originals?  The more we knew about Norman Bates and Hannibal Lecter, the more comfortable, oddly enough, we became with them.  What about Jaws and Child’s Play?  Seems to me the shark got faker and Chucky got campier as those went along.  Sure, the body counts were higher and the death scenes more elaborate (a provision of scary sequels so concisely articulated in Scream 2), but did any of that make the follow-ups scarier—or merely distract you from the fact that you weren’t as scared?

HERE THERE BE MONSTERS

I’m getting ahead of myself.  Let’s start with a brief classification of genre; horror is altogether too vague.  Supernatural—or, at the very least, superhuman—creatures are typically the subject of two types of “genres,” as Blake Snyder characterizes them; the first—and most common—is Monster in the House.  MITH stories are defined by the following three requisites:  a monster, a “house” (any relatively confined setting will do), and an act of sin that invites the monster into the “house.”  Examples include Alien (the xenomorph; the Nostromo; greed), Jaws (the great white; Amity Island; greed), Jurassic Park (the dinosaurs; Isla Nublar; hubris)—you get the idea.  This principle holds true for the “slasher” craze of the eighties and “torture porn” trend in the aughts.  When we think of monster movies, MITH is typically the model that springs to mind.

But there is another, somewhat less common, genre showcase for movie monsters:  Superhero—which is not the exclusive province of comic-book crime-fighters, as the name might suggest, but rather a narrative paradigm for telling the story of any protagonist with a special power, a nemesis, and a curse.  The tales of Dracula and Frankenstein (in virtually all their incarnations) meet these criteria, as do the 1994 movies Wolf and Interview with the Vampire:  The Vampire Chronicles.  Here, the monster is endowed with a special power—Dracula renounces God and embraces vampirism; Frankenstein is stitched together from various corpses and given life by a mad scientist; a bite from a wolf triggers a primal metamorphosis in genteel Jack Nicholson; Louis de Pointe du Lac is given the gift of immortality… and spends eternity bemoaning it—that provokes the antagonism of a particular archenemy—Van Helsing, the pitchfork-wielding villagers, a slimy and sniveling James Spader, and the vampire Lestat, respectively—and comes with a curse (which, in the case of some of the above, is that they are regarded as monstrous by society at large, and ostracized—or outright hunted—as a consequence).  These types of stories are generally more atmospheric than frightening, as the monster inspires empathy over fear on the part of the audience.  I might argue that this particular class of movie monster—Superhero—lends itself more readily to franchisability because, like its costumed comic-book brethren, its appeal lies in the ongoing emotional exploration of how it feels to be different from—and misunderstood by—the world at large.  (In that sense, Louis and Superman could probably relate to one another.)  Superheroes hold special appeal for teenagers for this very reason.

JUST WHEN YOU THOUGHT IT WAS SAFE… 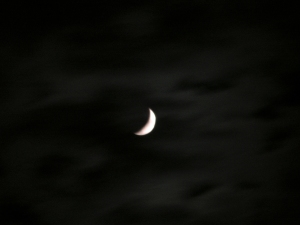 MITH monsters, on the other hand, derive their power from fear, and fear is fueled by threat of the unknown.  As soon as the monster has been revealed—once his countenance and motive are known to us—his power diminishes considerably.  After John Carpenter unveiled Michael Myers’ ultimate, and theretofore unspoken, raison d’être in Halloween II, he wisely retired the character in favor of revamping the series as a horror anthology (a failed experiment that begat just one ill-fated installment before the Shape returned—sans Carpenter’s participation—for a parade of follow-ups that played fast and loose with established continuity).  I Know What You Did Last Summer is a taut little thriller (part of the revisionist-slasher movement that took hold after the surprise success of Scream) that keeps you guessing through its satisfyingly climactic revelation, but there was zero suspense in the awkwardly titled I Still Know What You Did Last Summer; at that point, we all knew—everything there was to know—and there were no simply no surprises left:  The second film turns on action, not revelation, and horror just doesn’t scare effectively if the audience isn’t “in the dark.”

Because in order to be scared—chilled in your soul in a way that A Nightmare on Elm Street, Alien, and The Exorcist still retain the power to do—you need to be disturbed.  There has to be something about the experience that is ultimately a little unpleasant.  (I watched The Exorcist when I was fourteen and slept with the lights on for the remainder of that summer.)  In the exhaustive documentary Never Sleep Again:  The Elm Street Legacy (available for streaming on Netflix and well worth watching), master of horror Wes Craven puts it best:  “The fact that they made Freddy more and more jokey took him farther and farther away from that child-molester thing that just kind of sticks to you in a way that maybe you don’t like.”  The more Freddy talked, it seemed, the less horrifying he appeared.

Occasionally a MITH sequel proves an exception to the rule.  In the subsequent entries of the Scream series, Craven and company devised a novel way to franchise the “monster’s” public persona—Ghostface—while maintaining that crucial air of intrigue by placing a new killer, with a correspondingly new motivation, behind the signature mask each time out.  Aliens works, too—for a few reasons.  Namely, director James Cameron tweaked the genre from sci-fi/horror (Alien) to sci-fi/action (Aliens), thereby reconditioning audience expectations:  This installment, he implicitly promised, would be more about thrills than scares.  To deliver on this, he relied not on keeping the aliens from sight—what would’ve been the point of that since we already knew what we were up against?—but rather bombarding us with hordes of them until we were simply out of breath.  And just to keep things interesting, Cameron introduced a new, deadlier permutation of the alien:  the queen.  And it worked:  Aliens is that rare breed of sequel that builds upon the mythology of the original and stands shoulder-to-shoulder with it.

Adam Aresty, screenwriter of the forthcoming MITH feature Stung, shares his insights on the subject:

Look at the successes in terms of a franchise and you’ll see—across the board—that they actually do two things:  give us characters to care about, and (in some way) “evolve” the creature beyond what we see in the first installment … Even T2 sticks to this paradigm, and while it’s not a strict MITH movie, it does have a classic movie monster in it and the brilliant move [writer/director James Cameron] made in the sequel was to turn Arnold into a good guy, keeping the paradigm fresh.

[George] Romero is also someone to look at…. [He] chose to tell three disparate stories that resonated thematically with the zeitgeist, while also showing through the [Dead] trilogy that the zombies can actually learn, a terrifying prospect illustrated when the zombie discovers how to use the gun at the end of Day of the Dead (my personal favorite).

Innovative directors with the courage to “mess with a winning formula” and take a franchise in a different direction—as Cameron proved to be with Aliens—have defied the creative odds.  But, every iteration of Alien that followed Cameron’s inspired entry, be it a direct sequel, mash-up with Predator, or prequel, really struggled with the problem, as Aresty identifies it, of evolution—that of the monster and the franchise.  And they didn’t solve it.  They couldn’t.  As terrifying a creation as the alien was, it couldn’t scare us forever.  Not that 20th Century Fox has stopped trying, though.

It’s hard, after all—and growing increasingly harder in a glutted marketplace—to come up with new spins on things that go bump in the night.  I speak from experience, having written a number of MITH screenplays featuring a host of supernatural/superhuman antagonists:  demons; zombies; werewolves; sea monsters; extraterrestrials.  So the temptation to franchise something that’s working (or seems like it might work) is both financially and creatively incentivized.  And in the current IP-crazed atmosphere, producers are as concerned with the long-term viability of a concept (if not more so) as they are with the short-term execution of the initial entry’s screenplay.  I have consistently fielded the same note on every MITH project I’ve scripted:  “Make sure you show that the monster is still alive at the end for the sequel!”  And let me assure you:  It’s hard enough to bring one story to a fitting conclusion without worrying about what comes next.

So, it seems to me that you can serve the story on which you’re working, or the franchise yet to come.  New iterations and interpretations of the monster—if there are any worth exploring—may very well be creatively warranted if the creature proves sufficiently culturally relevant, and the filmmakers commensurably imaginatively resourceful.  But, premature considerations of “franchising” don’t inspire the kind of horror that gave birth to Michael Myers, Freddy Krueger, or Annabelle of The Conjuring (currently appearing in her own theatrical spinoff, as it happens).  Nor do cynically conceived sequels and remakes to proven properties that reduce, over time, child molesters to children’s toys, and only serve to illustrate my opening salvo:  Movie monsters are not fundamentally franchisable—not if their horrific integrity is to be maintained.  Like Halloween itself, they are, for the most part, really only entitled to one good scare.

And yet despite my assertion, “sinister” plans are afoot to bring serial killers Jason Voorhees and Michael Myers, as well as the spooks of Amityville and Poltergeist, back to cinemas sooner than later.  If history holds, audiences will likely turn out, and modest budgets and foreign markets will assure profitability.  But, will anyone talk about them the next day?  Or, better still, have trouble sleeping afterwards?

It’s irrelevant, I suppose:  Box-office receipts notwithstanding, the new installments will assuredly give classic Halloween costumes prominent placement on the racks at Party City.  Like vinyl masks and plush toys, the sequels/remakes/sequels-to-remakes themselves become, by and large, a disposable product—a quick thrill, not a deep scare.  And when the stuff of nightmares becomes the stuff of marketers, we sacrifice the insight into human nature those stories offered in the first place—that thing that “sticks to you in a way that maybe you don’t like.”  The more often the same monsters haunt our local multiplexes in an interminable cycle of sequels, the more they linger in our collective cultural consciousness—perhaps—but the less they haunt our personal nightmares.

Sean P. Carlin is a writer of supernatural fiction and “secret histories.” His forthcoming novella Escape from Rikers Island, a “Richard Price-meets-Stephen King” thriller about a lone, unarmed police detective forced to team with a group of violent gangbangers—that he put behind bars—when they find themselves under lockdown at New York City’s infamous detention center during a zombie-like outbreak among the inmates.